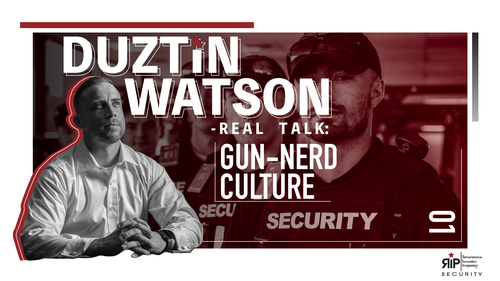 Let’s be clear about guns. They are not cool, nor do they make you cool. A new Harley to ride on the open highway or a new boat to cruise around on a hot summer day qualifies as cool. Not guns. They should never be considered as an accessory or a toy. Guns are tools designed to destroy. Nothing more. They are combat machines that disfigure and often terminate living beings like animals and humans.

Before I go on, let me set the record straight. I’m in favor of guns. As a sniper and combat veteran of the United States Army, I support the right to bear arms and risked my life to protect that freedom. However, as someone who’s been properly trained and now makes a living instructing people on how to responsibly operate a firearm, I must speak up about the troubling gun nerd culture creeping across America. This mindset, driven by the misconception that owning a gun will make us the next John Wick or Jason Bourne, fuels reckless behavior. Combine that mentality with easy access and no requirement for competent training and we are left with a vast sea of gun-owners who carry guns out of fear or ego and employ them based on impulse.

This results in too many people leaving their weapons at the red level of readiness as opposed to the much safer amber level. Amber means a weapon’s magazine is loaded, but the chamber is empty and the weapon is de-cocked. Red means the magazine is loaded, a round is in the chamber, and the chamber is locked. Technically, the safety should be selected but many fail to do so. This leaves us with a gun that will fire if the trigger is pressed. Or as we used to say in the Army: red means dead. An amber-ready run would save lives, especially the children who are accidentally killed every year.

But it’s more than just weapon readiness. Better outcomes occur when we use our minds. Putting that bullet in the chamber should truly be the last line of defense. Conducting risk assessments ought to be our first line of defense. We do so by observing our surroundings, evaluate the circumstances, and consider whether our chosen action must be taken.

The example I most often use is the ATM at midnight. You’re in a neighborhood you don’t know well. As you pull into a parking lot, you spot a couple fidgety dudes, eye-balling you. One thought would be, “I’m no punk. My gun will take care of any problems.” Another would be, “I don’t need this money right now.” The latter brings you home safely. The other could lead to a mugging, gun fight, or loss of your life. And – if you live – you’ll have a bad case of PTSD and probably have to justify your self-defense to a court.